LIFE IN THE GDR: LAURA ON MOVIES AND MORE (PT2) 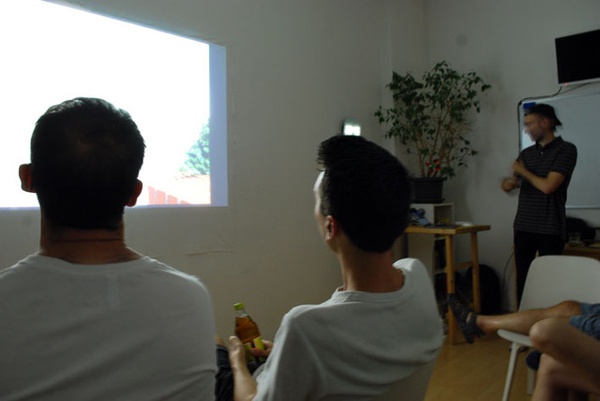 This is part 2 of our small series with recommendations on books, movies and more about the time of the German division and the DDR.

This time Laura focussed on films, series and podcasts!

Some of her recommended movies and series are real classics, others are new. The Balloon from 2018, for example, is based on real events. Some of the films like The Lifes of Others  focus on the restrictive living conditions in the DDR, others like Goodbye Lenin or Sonnenallee have a lighter and more fictional and comedic approach.

The podcasts Laura recommends are mostly biographic and shed light on the complex living conditions in the DDR. In Mensch Mutta the journalist Katharina Thoms reflects on her childhood in the DDR, her mother and their little fights in everyday life.

But read for yourself what Laura recommends here:


Especially in Berlin the german division is still omnipresent despite the reunification over 30 years ago.
Due to it's special role Berlins cityscape is still marked by many places visualizing the seperation of the city, such as the East Side Gallery, the GDR Museum or the Hohenschönhausen Memorial. These places give us insight into life in divided Germany, especially in the GDR. Right now many of these institutions are unfortunately closed at the moment.
In recent years, however, a number of novels, films and series have been published that give an impression of life in the "East" of Germany. Here are a few tips that are aimed more at advanced learners (B2 and above):

- The film Balloon (2019) tells the story of two families who flew across the German-German border in a homemade hot air balloon in 1979. The film is based on true events and although it is quite long, the tension never sags at any point.

- Two absolute classics that should not be missing from the list: The Lives of Others and Goodbye, Lenin!. Das Leben der Anderen" deals with the surveillance state of the GDR, while in Goodbye, Lenin! the protagonist Alex has to conceal the fact that the Wall has fallen from his mother, who is in poor health, after she awakens from her coma.

- The series Deutschland 83/86/89 is about the young spy Martin Rauch, who is sent to the West to uncover NATO's plans. What he experiences as an undercover agent is told in a total of three seasons.

- If you like listening to podcasts, one of those might be interesting for you:
Staatsbürgerkunde - Ein Podcast über das Leben in der DDR, the ZEIT podcast series Wie war das im Osten? (available on Spotify) or Mensch Mutta.

- Interesting events about film, literature and life in the GDR take place regularly at the DDR Museum. Find all details here.

Thank you again Laura for your recommendations!