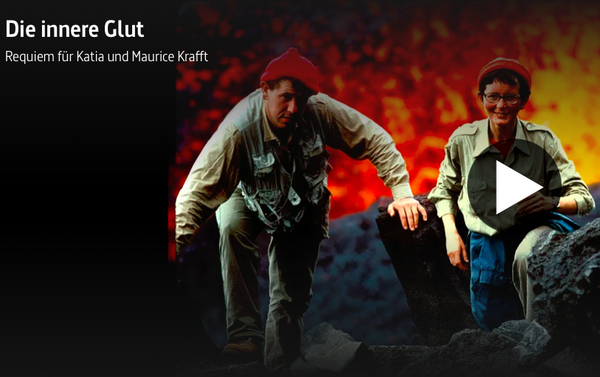 I'm a big fan of documentary filmmaker Werner Herzog, and his latest production does not disappoint: Herzog has dedicated his latest film, "The Fire Within" (in German: "Die innere Glut"), to the couple Katia and Maurice Krafft, two volcano explorers whose shared obsession with ash and lava ultimately cost them their lives. The film, however, is less a reflection on the lives of its protagonists than a dive into the visual material that the Krafts have accumulated over the years. These images Herzog has found in their archives are of an incredibly wild beauty and at times have something almost surreal about them that took my breath away when watching this. At the same time, the scenes of the destructive power of volcanoes and the suffering they can leave behind have left a great impression on me. 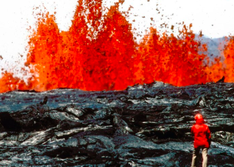 The film is currently available to stream in German and French on the cultural channel arte: https://www.arte.tv/de/videos/092967-000-A/die-innere-glut/

If you're interested in the subject but want to watch something in English - the documentary "Fire of Love", streamable on Disney+ also deals with the work of the Kraffts. It is a bit less pretty and more classic documentary style but still does a good job.