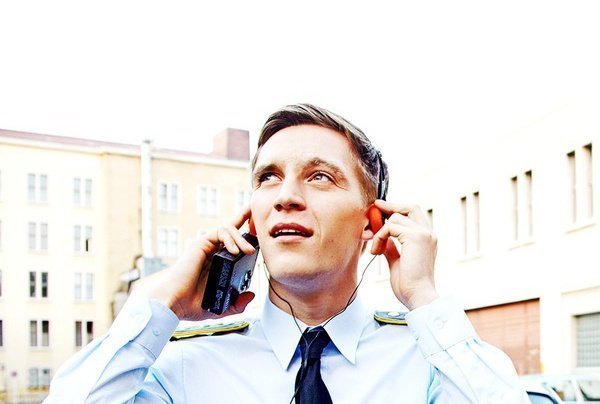 There are many ways to brush up on your German - from apps and worksheets to videos and songs. Anything that makes you want to hear, speak or read more will help you improve your German skills. (Find more learning tips here)

A while ago, we presented Hanno’s Top Ten of German movies and TV series - and the feedback was great. So here’s another list - just as promised.

Based on Volker Kutscher’s crime novel „Der nasse Fisch“, the series is set in Berlin’s nightlife scene of the late 1920s. The show is captivating and reflects on the intricate political situation and the trauma of post-war experiences.

This biopic is a touching film about the life of singer-songwriter Gerhard Gundermann, quite a well-known character in the GDR. The movie sheds light on the contradictory aspects of his life as a convinced communist mine worker who collaborated with the Stasi at the same time.

Quiet and resilient might be two adjectives to describe Stuber’s melodrama which premiered at last year’s Berlinale. The movie based on a short story is a sensitive study of the everyday life of a supermarket worker in Berlin.

Bertold Brecht’s play should ring a bell for most people as some of the biggest tunes such as „Die Moritat von Mackie Messer“ (Mack the knife) have become classics in their own right. Joachim Lang’s film version puts a modern twist to the play as it taunts us with a never realized film version of the play - a „what could have been“ story with original text by Brecht and an updated take on Kurt Weill’s compositions.

This is probably the best German TV series of recent years: Deutschland 83 tells the story of a GDR soldier sent to the West as a spy for his country. The series neatly depicts the tensions between East and West and the potential scenario of a then-possible third world war.

Not a milestone in film history, but definitely a nice reminder of solidarity: The students of a senior class during the 1950s show solidarity with their Hungarian contemporaries during the uprisings of 1956.

Fatih Akin’s take on Wolfgang Herrndorf’s novel „Tschick“ just has to be on the list. This heartfelt story of two outsider boys will warm your heart. The director stays quite close to the novel in his version of the road movie - a wise choice as Herrndorf’s novel garnered critical acclaim for his original piece.

This small, overlooked production might just put on a smile on your face if you’re looking for a Christmassy movie without the kitschy scenario :) Four teenagers are to spend the Christmas holidays in a psychiatric clinic as conflicts within their families threaten to escalate. The new unconventional psychiatrist might find a way to help them find their way.

One of the most powerful movies visually, the movie presents a story told in black and white with a surprising colorful ending. The film tells the story of a group of post-Wall teenagers in search of identity. The lack of perspectives leads to frustration and racism and culminates in outrageous acts of violence against the Sonnenblumenhaus in Rostock, home of mostly Vietnamese refugees.